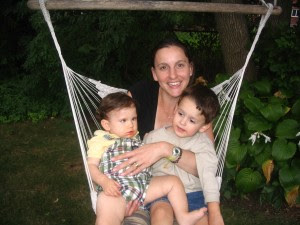 A Personal Story from Mike Wuebben, Senior Producer, CBSNews.com Health and Wellness
That my wife would breastfeed our second son, Willem, was a no-brainer. Leslie nursed our son Benjamin for his first 14 months and except for a rough couple early days, it came very naturally.

In the delivery room at 10 in the morning, just a few minutes after Will was born, Leslie put him to her breast, but this groggy little kid wouldn’t latch on. Oh well. The nurses said he was tired and this was normal. After a half an hour she tried again. No latch. With a beautiful calm focus, Leslie tried again and again. Twelve hours later the nurses came and took the baby away for the night.

Bright and early the next morning they were at it again with no success. Nurses, the midwives, the lactation consultant all gave tips but nothing would work. About this time they were noticing other odd things about my son — Will was “floppy,” low muscle tone, had a funny cry, didn’t blink when tapped on the forehead. By the next day the staff looks of concern had turned to pity. We were told before leaving for home, there was something “not normal” about my son.

Leslie was pumping and using the Haberman feeder- a special bottle for babies with feeding problems. He would eat but still couldn’t suck. We saw specialists, therapists, neurologists, chiropractors and no one knew why he was unresponsive. It was possible, we were told, he could “snap out of it.” Or he might not.

My wife never gave up trying to nurse him and for weeks she would put him to the breast before resorting to the feeder.

Around this time we discovered online a rare disorder that might fit Willem’s symptoms- low muscle tone, inability to blink, suck, move the muscles of his face. It’s called Moebius Syndrome. The article was titled “Kids Born without a Smile.” I had hoped for that “snap” moment when he would become a normal baby and here I was reading about my son’s future with a lifelong disability. Then I read further and saw a golden lining: most kids with Moebius have normal brain function and normal life expectancy.

Finally we knew something. He couldn’t suck because he couldn’t move the muscles of his face. He didn’t react because his muscles were weak and he couldn’t blink.


And then the miracles started to happen. One day, my wife went to nurse him and he sucked. She held his little lips together and he managed to get something. He could do it. As long as he could have something to latch onto deep in his mouth he could use his swallow response to pull the milk out. As those muscles grew stronger we started to see tiny twitches in his cheeks. The few muscles he had in his face were starting to work.

Willem continued to nurse well after his first birthday without the use of feeders and other aids. Though late, he continued to hit milestones. At 15 months he started to talk. At 30 months he walked. He learned to drink through a straw (no small feat for someone who can’t close his lips).

I was mostly a bystander to all this. I got to watch the incredible power of a mother’s love for her baby. Leslie was determined to give Willem the same early childhood experience that came so easy to his older brother and millions of other children. I hope her story inspires other mothers who face difficulties nursing.

Willem turns five this summer and he’ll start kindergarten in the fall. He still receives a full regimen of therapies to work on his muscle tone and speech, but he’s a happy, healthy, funny little boy. And I’ve discovered that the doctor at the hospital was right, my son is not normal, he’s extraordinary.

Any other moms or Lactation Consultants out there who have experience with helping babies with Moebius Syndrome breastfeed, we’d love to hear from you! Please share your tips, links and resources!
Posted by JQ at 9:13 AM 7 comments: 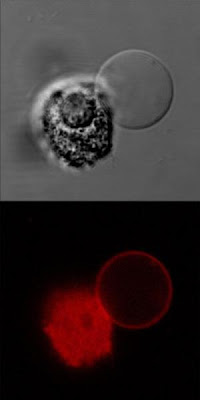 Although the special substance, known as HAMLET (Human Alpha-lactalbumin Made LEthal to Tumour cells), was discovered in breast milk several years ago, it is only now that it has been possible to test it on humans. Patients with cancer of the bladder who were treated with the substance excreted dead cancer cells in their urine after each treatment, which has given rise to hopes that it can be developed into medication for cancer care in the future.


HAMLET was discovered by chance when researchers were studying the antibacterial properties of breast milk. Further studies showed that HAMLET comprises a protein and a fatty acid that are both found naturally in breast milk. So far, however, it has not been proven that the HAMLET complex is spontaneously formed in the milk. It is speculated, however, that HAMLET can form in the acidic environment of the babies´ stomachs. Laboratory experiments have shown that HAMLET kills 40 different types of cancer, and the researchers are now going on to study its effect on skin cancer, tumours in the mucous membranes and brain tumours. Importantly, HAMLET kills only cancer cells and does not affect healthy cells.


Studying the integration of the substance


Researchers at the University of Gothenburg are focusing on how HAMLET can be taken up into tumour cells. The researchers, Roger Karlsson, Maja Puchades and Ingela Lanekoff, are attempting to gain an in-depth understanding of how the substance interacts with cell membranes, and their findings were recently published in the journal PLoS One.

Adapted from materials provided by University of Gothenburg. 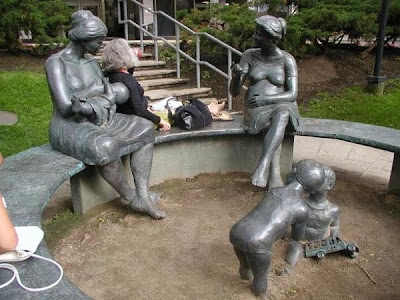 Breastfeeding Could Save 900 Lives and Billions of Dollars Annually 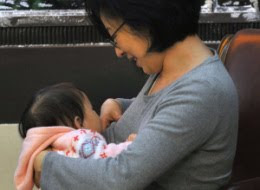 CHICAGO — The lives of nearly 900 babies would be saved each year, along with billions of dollars, if 90 percent of U.S. women fed their babies breast milk only for the first six months of life, a cost analysis says.

Those startling results, published online Monday in the journal Pediatrics, are only an estimate. But several experts who reviewed the analysis said the methods and conclusions seem sound.

"The health care system has got to be aware that breast-feeding makes a profound difference," said Dr. Ruth Lawrence, who heads the American Academy of Pediatrics' breast-feeding section.

The findings suggest that there are hundreds of deaths and many more costly illnesses each year from health problems that breast-feeding may help prevent. These include stomach viruses, ear infections, asthma, juvenile diabetes, Sudden Infant Death Syndrome and even childhood leukemia.

The magnitude of health benefits linked to breast-feeding is vastly underappreciated, said lead author Dr. Melissa Bartick, an internist and instructor at Harvard Medical School. Breast-feeding is sometimes considered a lifestyle choice, but Bartick calls it a public health issue.

Among the benefits: Breast milk contains antibodies that help babies fight infections; it also can affect insulin levels in the blood, which may make breast-fed babies less likely to develop diabetes and obesity.

The analysis studied the prevalence of 10 common childhood illnesses, costs of treating those diseases, including hospitalization, and the level of disease protection other studies have linked with breast-feeding.

The $13 billion in estimated losses due to the low breast-feeding rate includes an economists' calculation partly based on lost potential lifetime wages – $10.56 million per death.

The methods were similar to a widely cited 2001 government report that said $3.6 billion could be saved each year if 50 percent of mothers breast-fed their babies for six months. Medical costs have climbed since then and breast-feeding rates have increased only slightly.

Story continues below
About 43 percent of U.S. mothers do at least some breast-feeding for six months, but only 12 percent follow government guidelines recommending that babies receive only breast milk for six months.

Dr. Larry Gray, a University of Chicago pediatrician, called the analysis compelling and said it's reasonable to strive for 90 percent compliance.

But he also said mothers who don't breast-feed for six months shouldn't be blamed or made to feel guilty, because their jobs and other demands often make it impossible to do so.

"We'd all love as pediatricians to be able to carry this information into the boardrooms by saying we all gain by small changes at the workplace" that encourage breast-feeding, Gray said.

Bartick said there are some encouraging signs. The government's new health care overhaul requires large employers to provide private places for working mothers to pump breast milk. And under a provision enacted April 1 by the Joint Commission, a hospital accrediting agency, hospitals may be evaluated on their efforts to ensure that newborns are fed only breast milk before they're sent home.

The pediatrics academy says babies should be given a chance to start breast-feeding immediately after birth. Bartick said that often doesn't happen, and at many hospitals newborns are offered formula even when their mothers intend to breast-feed.

"Hospital practices need to change to be more in line with evidence-based care," Bartick said. "We really shouldn't be blaming mothers for this." 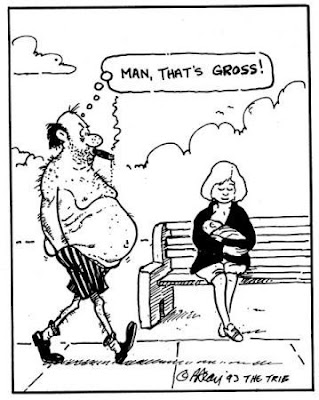